I've been scanning my illustrations on a white back ground and colouring them digitally for a while now. For me it gives me so much control to reposition and edit the drawings. Sometimes independently to the background and whilst I feel pretty confident in creating characters it makes it so much quicker to be able to swap out a different expression and change the weight in the drawing.
Digital colouring also offers a great level of freedom over the whole look of the image. I've been experimenting with texture, either scanned or created with one of the many brushes available in Photoshop. The images files are increasing in layer size and it probably makes you a little lazy with designing your layout until you get all the elements in together but I'd sacrifice that to hours of worry that you had the perfect smirk only to not be able to reproduce it. 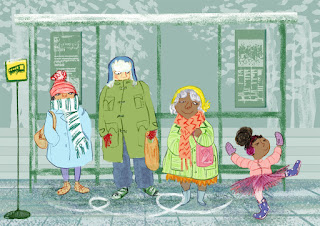 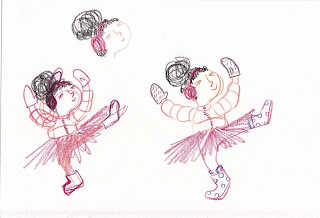 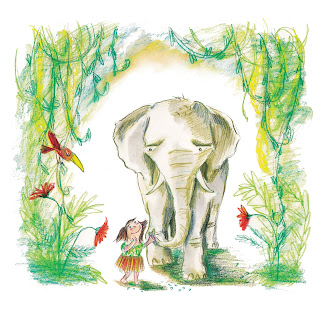 This is an example of an entirely coloured and scanned image. I really wish I could make the vines over the top of the image more defined and change that bird's positioning. This method has it's perks too, you retain an original rather than a digitally only version. I just scanned this one and deleted the dull white paper background. Maybe I'll revisit this drawing at another time. For now I think I'll stick to digital placing the colouring and keep my option open.