As part of the Create a Character workshop I provided yesterday for the Secondary School kids ,at Winton Community Academy, we played a little game to kick start their creative minds.

Here it is all you need is
Coloured card
A pen
Plenty of imagination
Something to draw with and on.

So we had
Sad
Shy
Grumpy
Moody
Snotty
Depressed
Jolly
Cheerful
Crazy... You get the picture

Each participant gets to pick a card from each pack and off they go. Once you have tried one example you can swop, change and rearrange till you find something that sparks an interest. 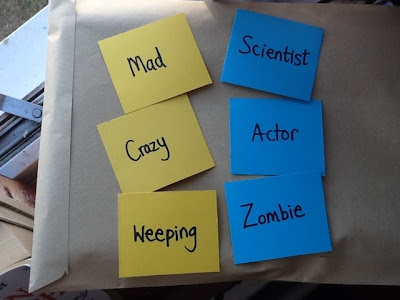 I tried a few 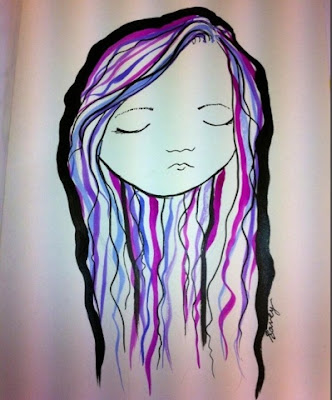 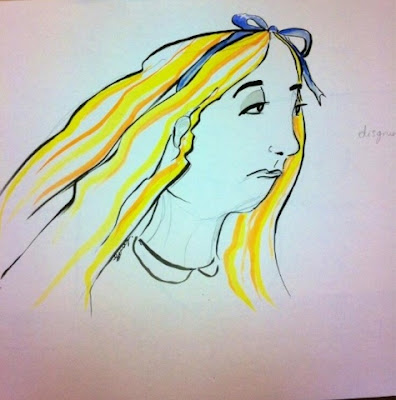 A Disgruntled Alice in Wonderland 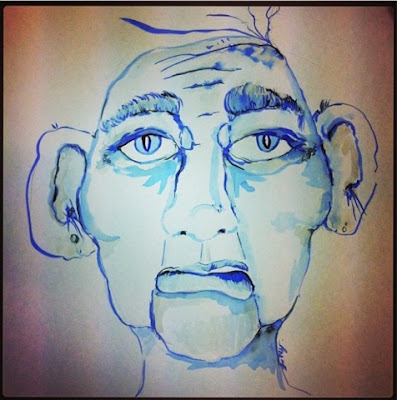 I gave the pupils a brief demonstration about drawing emotions before we went into free drawing. Using circles to represent faces and depicting emotions with minimal details. 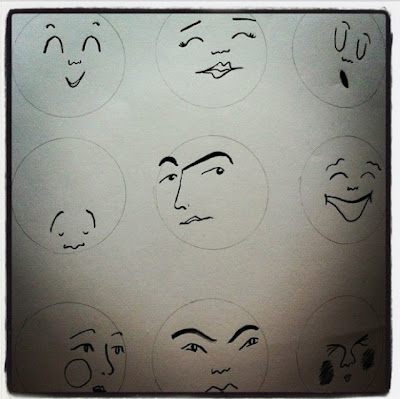 We went onto exploring other shaped faces with emotions and they created their own square and triangle headed people. 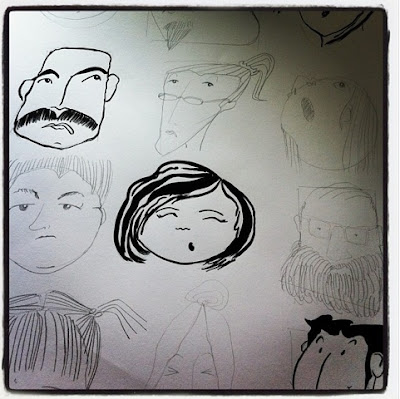 So,have a go at the game - with your students or just your friends and let me know how it goes.

All the best
x